He is one of the most charming DJs in the business and a true gentleman. A twenty year veteran of the California Dance scene, Kid Loose established himself in the late 90's by promoting and playing underground parties, club events and raves. While performing among some of the most talented DJs in the San Francisco Bay Area, his energy behind the decks and in his song selection, allowed him to stand out in a land overflowing with skilled performers. Kid Loose worked his way up from opening or closing sets at Home Base and similar rave venues, to prime time slots at almost every dance club in the bay area. He held residencies at Ruby Skye, Space 550, Club X as well as several other venues around the Northern California area. Simultaneously during this period, he was also active in producing and co-producing large scale raves and club nights from SF to Sacramento.

After a slight break from 2003-2004, Kid Loose took his talents to the airwaves of the Bay Area. Starting at a local college radio station (KCRH 89.9FM), he made enough noise with his talents that he earned an opportunity at the then, up and coming, dance station Energy 92.7FM (2005-2009). Never afraid of hard work, Kid Loose worked his way up from the street team to become a mixing DJ for Friday and Saturday night slots. That turned into a daily mix-show, an on-air jock position as well as becoming the Production Director for the station. During these times, Kid Loose found himself rubbing elbows with the industry elite, sharing stages with the likes of Lady Gaga & Cyndi Lauper on multiple occasions. He diversity lead him to play at the finish line for Bay to Breakers as well as the after party, in front of sold out crowds for Warriors games at Oracle Arena, The SF HRC Gala, Academy of Friends Gala in SF and SF Pride parade and street concerts.

It was also during his time at Energy 92.7 that Kid Loose released two fully licensed mix compilations for Ultra Records, "I'm a Looser" as well as the station's third installment of the "Energy 92.7FM Presents Pure Dance" series, with the latter debuting at #18 on the San Francisco Billboard charts. Energy 92.7FM would go on to earn the award, "Best Dance Music Station in the USA" for multiple years in a row, at the International Dance Music Awards.

Fast forward to today. After a long hiatus, Kid loose has found his passion again. He currently plays Friday and Saturday Nights on Yo Mammas House Dance Radio (yomammashouse.com) and frequently does pop-up live streaming sets on Social Media. A House Music Junky at heart, if you haven't had the Kid Loose experience yet, perhaps you should make an addendum to your life goals. 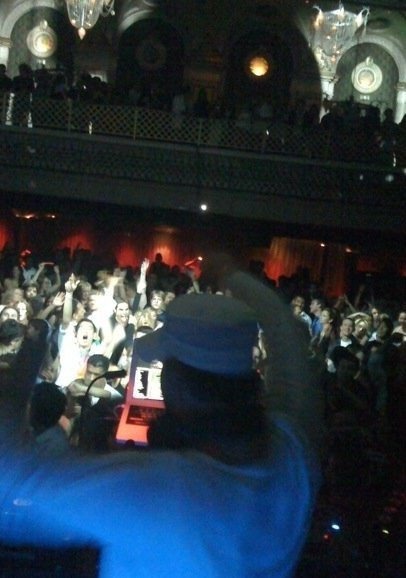